We put together a shortlist of 10 Toronto vegan influencers that we love! Their content is fun, engaging and most importantly vegan! We love learning new ways to go about doing things, hearing about the latest vegan restaurant launches in Toronto and the GTA, and just merely being a part of their communities!

Being vegan isn’t always easy, but this group of 10 sure knows advocate for the good that going vegan can do, both socially and morally and for that we thank them!

An unbelievable vegan-fashionista! Liz has an unreal street style and focuses on working with brands that align and coincide with her being vegan! She’s recently partnered with Planta Queen & Yorkville (vegan restaurant’s here in Toronto) and LOV, which recently made way to TO from Montreal. A massive vegan following makes her powerful voice in her community one to be listened to!

A fairly recent vegan switch has changed Matt’s life for the better! He strives to bring whole-hearted realness to his content and community, and it shows! He is constantly sharing new vegan eats he recommends, new eco-friendly lifestyle changes, and a look into his personal life with partner, Omar.

An icon of the Toronto vegan scene, she’s taken the vegan junk food world to a whole ‘nother level! Her content is beautiful, organic and raw, and not to mention her YouTube game is on fire! She has a passion for taking recipes and making them into her own, and focuses on the adaptability and ease of making delicious vegan food at home!

An adorable vegan recipe developer, food photographer, and content creator! Who’s been creating beautiful and captivating content for a few years now. She specializes in vegan, gluten-free, and nut-free treats (hard to come by!) goodies that are as beautiful as they are tasty!

A duo of vegan-girls hailing from Toronto! These two have blown up on Instagram and have a passion for showcase amazing, fun and colourful vegan food that is sure to please!

An OG of the vegan community, and hailing from the greater GTA in Oakville. Angela has created a mini-empire of amazing recipes, blogs, content and cookbooks (SO GOOD) that are honestly, to die for! Her recipes focus on healthy eating and glowing from the inside-out!

A Toronto based vegan model, who loves to try every new vegan restaurant possible in Toronto, and of course travel the world! Recently she’s been to some of the hottest vegan media launches the city has to offer!

A fellow Torontonian whos is vegan and also just so happens to be a personal trainer at Equinox Gym here in Toronto! His content focuses on the power of vegan athleticism and lifting and breaking the stereotype of having to be carnivorous as an athlete or fitness trainer.

This content creator is constantly scouring the city for the best vegan eats! Her content focuses on delicious and homemade vegan eats, from cheddar cheese balls to cookies and Filipino BBQ chicken!

Carnivore to vegan, overnight! She began playing around in the kitchen after watching Forks Over Knives. She’s now a food blogger and content creator and her channels focus on creating fun, quick and easy vegan meals!

A vegan of 3.5 years, he loves to incorporate vegan food, lifestyle, and recipes into his content. Having the ability to work at a digital marketing agency, The Influence Agency here in Toronto focusing on photography and social media has further fueled his passion for amazing, colourful and bright content creation!

Have you ever tried being vegan or vegetarian?

With the new year just around the corner, 2020 may be the year that you focus on eating more healthy and being conscious of your impact on the environment! Being vegan or vegetarian can significantly reduce your carbon footprint, and help the environment. Look to these powerful, fun and engaging influencers for inspiration!

For more information on what we do here at The Influence Agency, feel free to contact us today! Did you find this article helpful? Please let us know in the comments below, we’d love to hear from you!

Why Canva Is An Important

An incredibly simple online graphic design websites, this one of the most accessible...

With this year already at the midway point and COVID-19 being, well, a thing… we...

We’re taking a trip down memory lane and looking at some of the best advertising in...

For small businesses and upcoming brands, getting exposure and recognition in the digital... 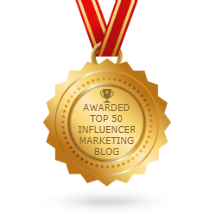